Confusion of Temptation: Minimize the Consequences of Sin

“You will not certainly die,” the serpent said to the woman.Genesis 3:3

Confusion of Temptation: Minimize the Consequences of Sin 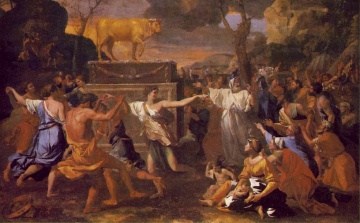 “You will not certainly die,” the serpent said to the woman.Genesis 3:3

Charles Spurgeon wrote about the godly influence his mother had on him as she diligently taught him the Bible and prayed for him. “I remember on one occasion, her praying thus: ‘Now Lord, if my children go on in their sins, it will not be from ignorance that they perish, and my soul must bear a swift witness again the day of judgment if they lay not hold of Christ.”

Spurgeon owed his “tender conscience” to his mother, who clearly taught him about sin and its consequences. This is nothing any of us knows intuitively. Although we have a God-given conscience that informs our sense of right and wrong, it is not a fully reliable source of truth. Because of sin and its effects, our hearts are inclined to believe that sin isn’t all that bad and that it doesn’t warrant punishment.

Satan breathes these lies: he began in the garden when he told Eve that death would not result from eating the forbidden fruit. From there the tragic human tale of transgressing God’s commands unraveled. We, like Eve, and like those in Sodom and Gomorrah, fall into the temptation to reject God’s rules because we consider them more like suggestions than divine imperatives. We certainly never foresee that God will judge us because of our sin. We can’t bring ourselves to believe that “the wages of sin is death” (Rom. 6:23).

When Lot warned his sons-in-law that God would soon destroy the city, they laughed. And even when morning began to dawn and the angels urged his escape, Lot himself lingered. Our reading, disturbing in all of its depraved details, ends with one final fateful scene: Lot’s wife is turned into a pillar of salt. She, like those who remained behind, failed to heed the angels’ warning.

God always clearly defines sin and underscores its consequences. This would be merciful enough, and God did even more for Lot. When Lot lingered, the angels grabbed him by the hand and forcibly led him away. So too, with us: “While we were still sinners, Christ died for us” (Rom. 5:8). Thank God for the cross, our means of rescue.

Concluding our prayers for faculty in the Theology department, remember Gregg Quiggle, David Rim, Richard Weber, and Kevin Zuber. Thank the Lord for their devotion and passion to prepare students for service.