Source of Temptation: Our Enemy

You belong to your father, the devil, and you want to carry out your father’s desires.John 8:44

Source of Temptation: Our Enemy 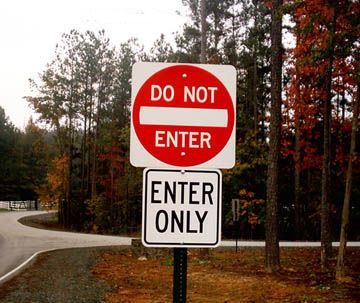 You belong to your father, the devil, and you want to carry out your father’s desires.John 8:44

The tactics and strategies of warfare need to evolve as enemies change. In the jungles of Vietnam, the United States faced a different kind of enemy than they had fought in the previous two world wars. The current War on Terror has targeted terrorist networks rather than nations. Expert intelligence is needed, not just military brawn.

We have a spiritual enemy, as the story of the very first temptation illustrates. He has opposed God and humanity since before creation of the world, and in today’s passage, Jesus identifies who the enemy is and what his purposes are. He is the devil, or Satan, which means “adversary.” Some have believed the devil and demons to be mere mythical creatures, part of the landscape of medieval Christian belief. They may think we’ve evolved beyond such superstition. And although Jesus does not describe the devil as a horned creature wearing a cape and carrying a pitchfork, Jesus testifies to his real existence.

Standing in the center of the temple court, Jesus claimed that the leaders of the Jews were not sons of Abraham but sons of the devil. We might hear the audible gasp of those gathered as they erupt with incredulous surprise. Jesus said that the Pharisees cannot be sons of Abraham and cannot love the Father, for they prefer lies to the truth.

Satan is the father of lies. It’s not simply that he speaks lies; rather, he embodies deception and murder and rejection of all that is true and good. He is the anti-god: the darkness that shuns the light of God’s truth. He cannot bear the truth and cannot abide its presence. But we have a defense in the face of our murderous enemy.

In spiritual warfare, we must assess our enemy. He’s real. He’s active. His intentions are murderous. “Your enemy the devil prowls around like a roaring lion looking for someone to devour” (1 Peter 5:8). This month, we’re learning about ways to identify the enemy’s activity in our lives, but we don’t need to be afraid because God is greater.

Join us in lifting up the worship department. These men have a direct impact on people and are grateful for your prayers.